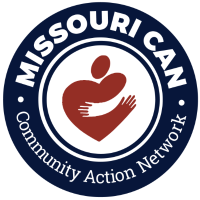 By Adsystech Administrator / April 5, 2017 / Uncategorized / 0 Comments
With so much preparation and anticipation involved, it is finally here!

The MissouriCan Conference is being held in Springfield Missouri and it is bigger than ever! Representatives from the 19 statewide agencies are here at the conference, reunited with old friends and making new ones. As one of twenty-three exhibitors, Adsystech has already completed 2 workshop sessions covering all the new “bells and whistles” of Version 6, MissouriCan’s newest iteration of their Adsystech provided MIS software.
The first day of the conference was packed with several workshops and of course the awards luncheon. This year’s Charles Braithwait Leadership award went to Marye Sanderson, a Community Services Specialist who has dedicated 45 years to “Helping People. Changing Lives”. Along with Ms, Sanderson, the newest crowned local Community Action celebrity, there were many other guests speakers, including the Mayor of Springfield, Robert Stephens.
Day 2 is upon us and after last night’s dinner entertainment “Olympic Games, well, I’m not sure what to expect but I know it’s going to be “FUN-afuti”. (It’s an inside joke, you would need to be at the conference to get it)
#MissouriCan2017