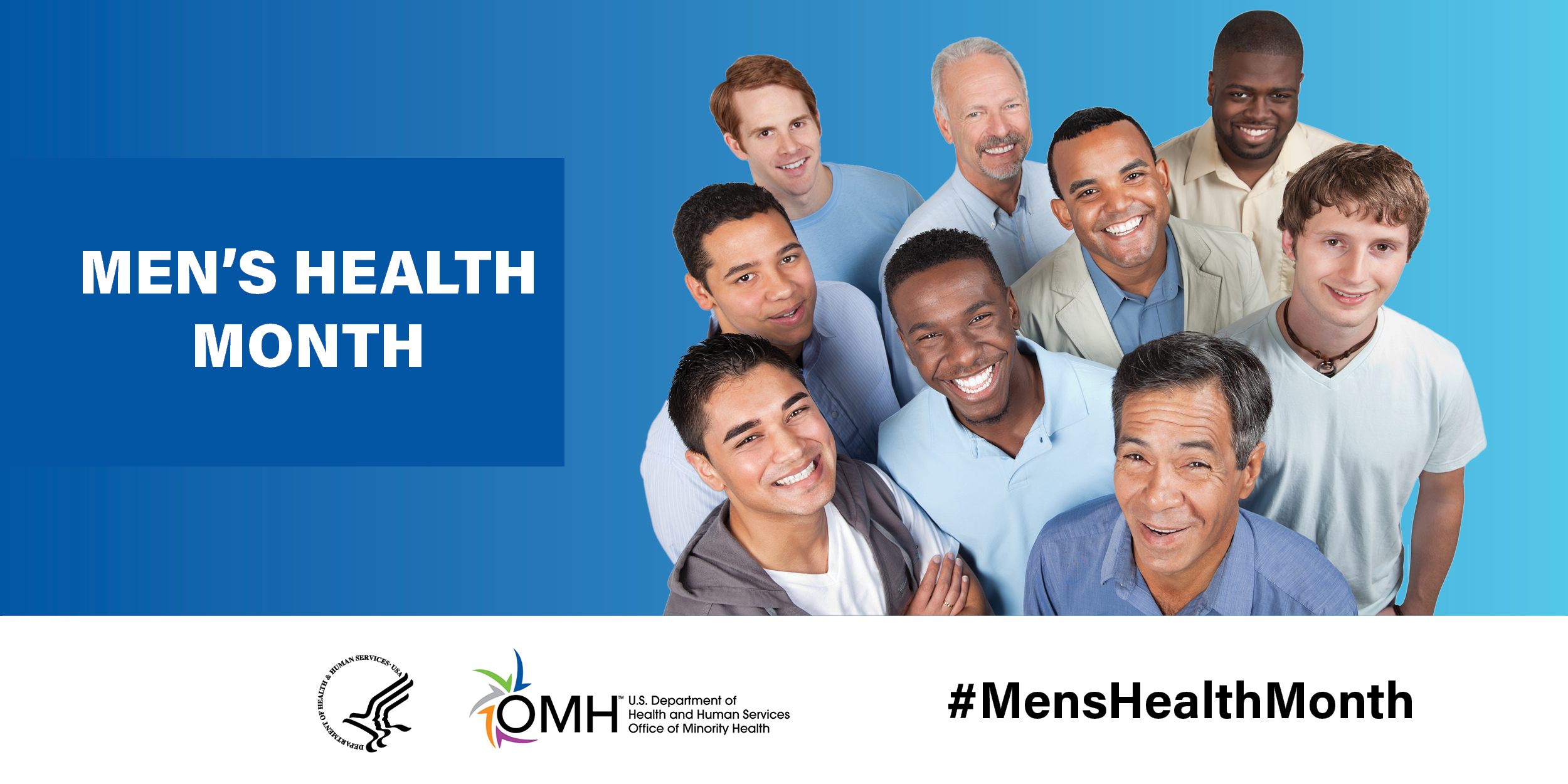 One in five men will die before he reaches 65. This is a sad and scary statement, but it is also totally preventable. The disparity in life expectancy between men and women has grown over the last couple of years with men’s average life span diminishing by an average of 5 years while women’s is increasing. Many factors play into this, however. The leading cause of death in America and globally is  is Cardiovascular Disease (CVD) , and according to the CDC is the top cause of death in Men at 24.6% (3) According to the American Heart Association, more than 39 million ( 1 in 3) men currently suffer from a heart related disease, typically involving plaque build up, and more than 1 in 4 men die as a result of CVD (1). Even more alarming, 9 of all the top 10 causes of death in Americans are killing men at far greater rates than women.

Many of these deaths have to do with preventable diseases that are lifestyle related and a few others deal with the lack of education or receiving medical help. Research shows that men are less likely to have medical insurance or to seek professional help when they are in need. In situations involving prostate cancer regular checkups with a primary care physician can help to track any problems before they escalate into something more serious. In situations involving mental health,  men are 4 times more likely to commit suicide than women even though women are twice as likely to experience depression (this is largely in part due to the suicide methods women tend to use have higher survival rates) (4). If you or someone you know suffers from depression please direct them to the  National Suicide Prevention Lifeline at 1-800-273-TALK (1-800-273-8255). Encourage your male friends and family to seek the care they need. 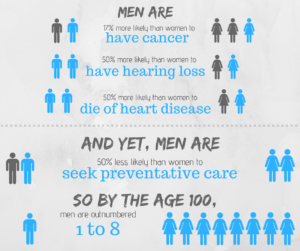 Cancers are the second highest cause of death in men at 24.1% according to the CDC. Among the types of cancers that affect men the most are Lung/Bronchus, Prostate, and Colon cancer. Generally speaking its debatable whether cancer is a preventative disease or not. Of course other factors such as genetics also play a role. However, doctors still recommend users to quit smoking or using tobacco products, eating balanced meals with many vegetables, and engaging in mild exercise daily can all help reduce the risk of cancer and cardiovascular diseases as well.
There is a silent health crisis in America…it’s that fact that, on average, American men live sicker and die younger than American women”, says Dr. David Gremillion  from Men’s Health Network. The above causes of death are the most pervasive , but not the only ways men’s life expectancy has shortened. Learn more about other health issues that affect the longevity of a man’s life by clicking Men’s Health Month .

Share this information with a loved one and wear Blue today to spread awareness of Men’s Health Month.

Don’t forget to #MensHealthWeek and #MensHealthMonth on your Social Media platforms.